I could dress the cut if I had the materials, Honath. But there's no water up here. It's a desert; we'll never get across it.

Animals in the Attic + Lofi Legs at Makeout Room

I can get him water, I think. There was a big cycladella on the slope we came up, just before we passed that obsidian spur that hurt Alaskon. Gourds that size usually have a fair amount of water inside them and I can use a piece of the spur to rip it open—". A small hand came out of the darkness and took him tightly by the elbow. Suppose the demon that—that took Charl is still following us? They hunt at night—and this country is all so strange I'll follow the sound of the stream of blue lava or whatever it is. You pull some fresh leaves for Alaskon and try to make him comfortable.

Better loosen those vines around the dressing a little. I'll be back. He touched her hand and pried it loose gently. Then, without stopping to think about it any further, he slipped off the ledge and edged toward the sound of the stream, travelling crabwise on all fours. But he was swiftly lost. The night was thick and completely impenetrable, and he found that the noise of the stream seemed to come from all sides, providing him no guide at all. Furthermore, his memory of the ridge which led up to the cave appeared to be faulty, for he could feel it turning sharply to the right beneath him, though he remembered distinctly that it had been straight past the first side-branch, and then had gone to the left.

Or had he passed the first side-branch in the dark without seeing it? He probed the darkness cautiously with one hand. At the same instant, a brisk, staccato gust of wind came whirling up out of the night across the ridge. Instinctively, Honath shifted his weight to take up the flexing of the ground beneath him. He realized his error instantly and tried to arrest the complex set of motions, but a habit-pattern so deeply ingrained could not be frustrated completely.

Overwhelmed with vertigo, Honath grappled at the empty air with hands, feet and tail and went toppling. An instant later, with a familiar noise and an equally familiar cold shock that seemed to reach throughout his body, he was sitting in the midst of—. Icy water. 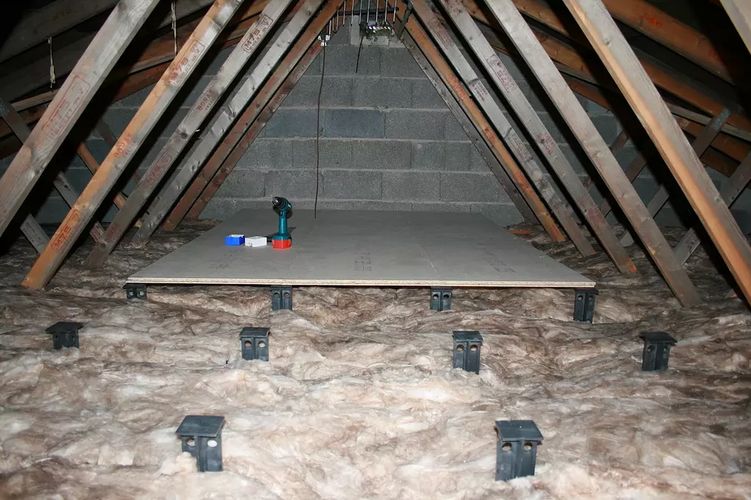 Water that rushed by him improbably with a menacing, monkeylike chattering, but water all the same. It was all he could do to repress a hoot of hysteria. He hunkered down into the stream and soaked himself.

Legs in the Attic by Sandra L. Huska

Things nibbled delicately at his calves as he bathed, but he had no reason to fear fish, small species of which often showed up in the tanks of the bromelaids. After lowering his muzzle to the rushing, invisible surface and drinking his fill, he dunked himself completely and then clambered out onto the banks, carefully neglecting to shake himself. Getting back to the ledge was much less difficult. Dripping, Honath felt his way into the cave. I just got myself wet—you'll have to sit him up and let him lick my fur.

But Alaskon could, feebly, but sufficiently. Even the coldness of the water—a totally new experience for a man who had never drunk anything but the soup-warm contents of the bromelaids—seemed to help him. He lay back at last, and said in a weak but otherwise normal voice: "So the stream was water after all. 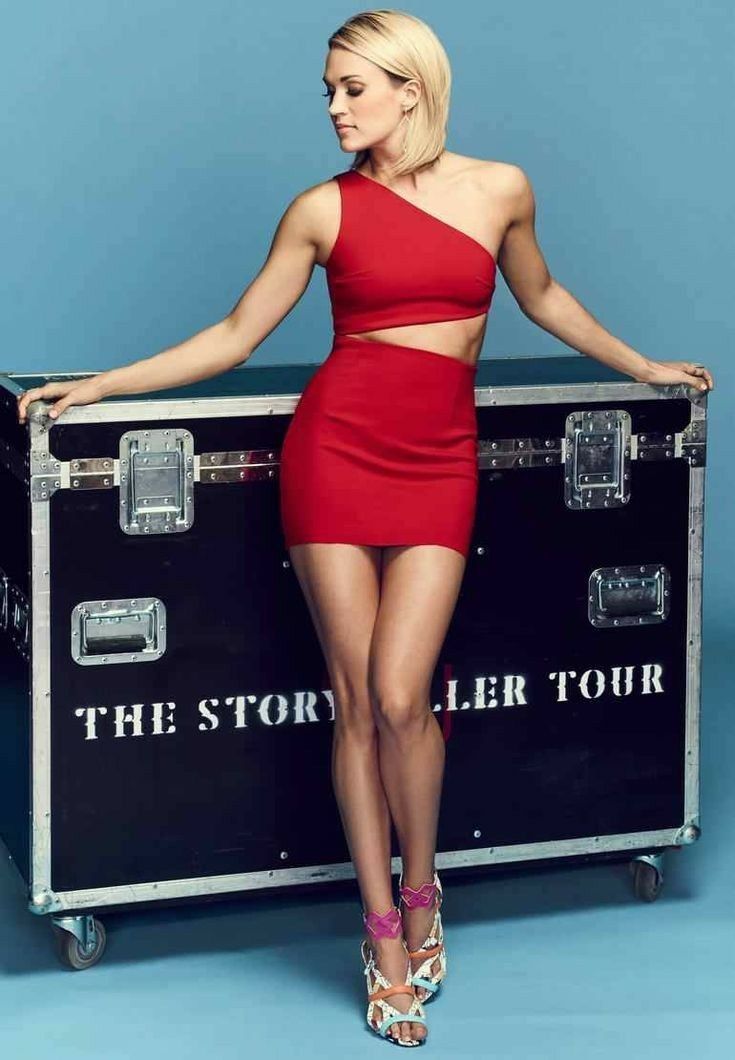 Honath, if we stick to the course of the stream Where was I? We can follow the stream through the Range, now that we know it's water. How did you find that out? Alaskon chuckled.

Then he sighed, and rushes creaked under him. He's breathing. He's still sicker than he realizes, that's all Honath—if they'd known, up above, how much courage you have—". But her hand touched his again in the solid blackness, and after he had taken it, he felt irrationally cheerful. With Alaskon breathing so raggedly behind them, there was little chance that either of them would be able to sleep that night; but they sat silently together on the hard stone in a kind of temporary peace. When the mouth of the cave began to outline itself with the first glow of the red sun, they looked at each other in a conspiracy of light all their own.

Let us unlearn everything we knew only by rote, go back to the beginning, learn all over again, and continue to learn With the first light of the white sun, a half-grown megatherium cub rose slowly from its crouch at the mouth of the cave and stretched luxuriously, showing a full set of saber-like teeth.

It looked at them steadily for a moment, its ears alert, then turned and loped away down the slope. How long it had been crouched there listening to them, it was impossible to know. They had been lucky that they had stumbled into the lair of a youngster. A full-grown animal would have killed them all, within a few seconds after its cat's-eyes had collected enough dawn to identify them positively.

The cub, since it had no family of its own, evidently had only been puzzled to find its den occupied and didn't want to quarrel about it. The departure of the big cat left Honath frozen, not so much frightened as simply stunned by so unexpected an end to the vigil. At the first moan from Alaskon, however, Mathild was up and walking softly to the navigator, speaking in a low voice, sentences which made no particular sense and perhaps were not intended to.

Honath stirred and followed her. Halfway back into the cave, his foot struck something and he looked down. It was the thigh-bone of some medium-large animal, imperfectly cleaned and not very recent.

In June , the new style "Attic Treasures" that had been introduced in began to show up on retail shelves with Ty Cuddlys swing tags. Place items that you may need to access often in the front of the unit. A few weeks later, two versions of the newly introduced Attic Treasures appeared for sale in the Ty online store. Estimated between Mon. James Laughlin Award. He picks up a newly prepared lapwing.

It looked like a keepsake the megatherium had hoped to save from the usurpers of its lair. Along a curved inner surface there was a patch of thick grey mold. Honath squatted and peeled it off carefully. How is he? I don't think we'll be able to move on today. Honath was unsure whether to be pleased or disturbed. Certainly he was far from anxious to leave the cave, where they seemed at least to be reasonably comfortable. Possibly they would also be reasonably safe, for the low-roofed hole almost surely still smelt of megatherium, and intruders would recognize the smell—as the men from the attic world could not—and keep their distance.

They would have no way of knowing that the cat had only been a cub and that it had vacated the premises, though of course the odor would fade before long. Yet it was important to move on, to cross the Great Range if possible, and in the end to wind their way back to the world where they belonged. And to win vindication, no matter how long it took.

Even should it prove relatively easy to survive in Hell—and there were few signs of that, thus far—the only proper course was to fight until the attic world was totally regained. After all, it would have been the easy and the comfortable thing, back there at the very beginning, to have kept one's incipient heresies to oneself and remained on comfortable terms with one's neighbors.

But Honath had spoken up, and so had the rest of them, in their fashions. It was the ancient internal battle between what Honath wanted to do, and what he knew he ought to do. He had never heard of Kant and the Categorical Imperative, but he knew well enough which side of his nature would win in the long run. But it had been a cruel joke of heredity which had fastened a sense of duty onto a lazy nature. It made even small decisions egregiously painful. But for the moment at least, the decision was out of his hands.

Alaskon was too sick to be moved.

In addition, the strong beams of sunlight which had been glaring in across the floor of the cave were dimming by the instant, and there was a distant, premonitory growl of thunder. Once it's falling in earnest, I can go out and pick us some fruit—it'll screen me even if anything is prowling around in it. And I won't have to go as far as the stream for water, as long as the rain keeps up. The rain, as it turned out, kept up all day, in a growing downpour which completely curtained the mouth of the cave by early afternoon.

The chattering of the nearby stream grew quickly to a roar. By evening, Alaskon's fever seemed to have dropped almost to normal, and his strength nearly returned as well. The wound, thanks more to the encrusted matte of mold than to any complications within the flesh itself, was still ugly-looking, but it was now painful only when the navigator moved carelessly, and Mathild was convinced that it was mending. Alaskon himself, having been deprived of activity all day, was unusually talkative. All the peaks over there are just cones of ashes and lava. We've seen young volcanoes in the process of building themselves, so we're sure of that.

What's more, they're usually hot. I don't see how there could possibly be any source of water in the Range—not even run-off from the rains. By the way it sounds now, it could even be the first part of a flood. Most likely it collects on the cliffs. But the cliffs are big.

The tribes on this side may never have heard of the war with our tree-top folk. No, Honath, I think that's our only course. Alaskon's judgment was quickly borne out. The three left the cave at dawn the next morning, Alaskon moving somewhat stiffly but not otherwise noticeably incommoded, and resumed following the stream bed upwards—a stream now swollen by the rains to a roaring rapids. After winding its way upwards for about a mile in the general direction of the Great Range, the stream turned on itself and climbed rapidly back toward the basalt cliffs, falling toward the three over successively steeper shelves of jutting rock.